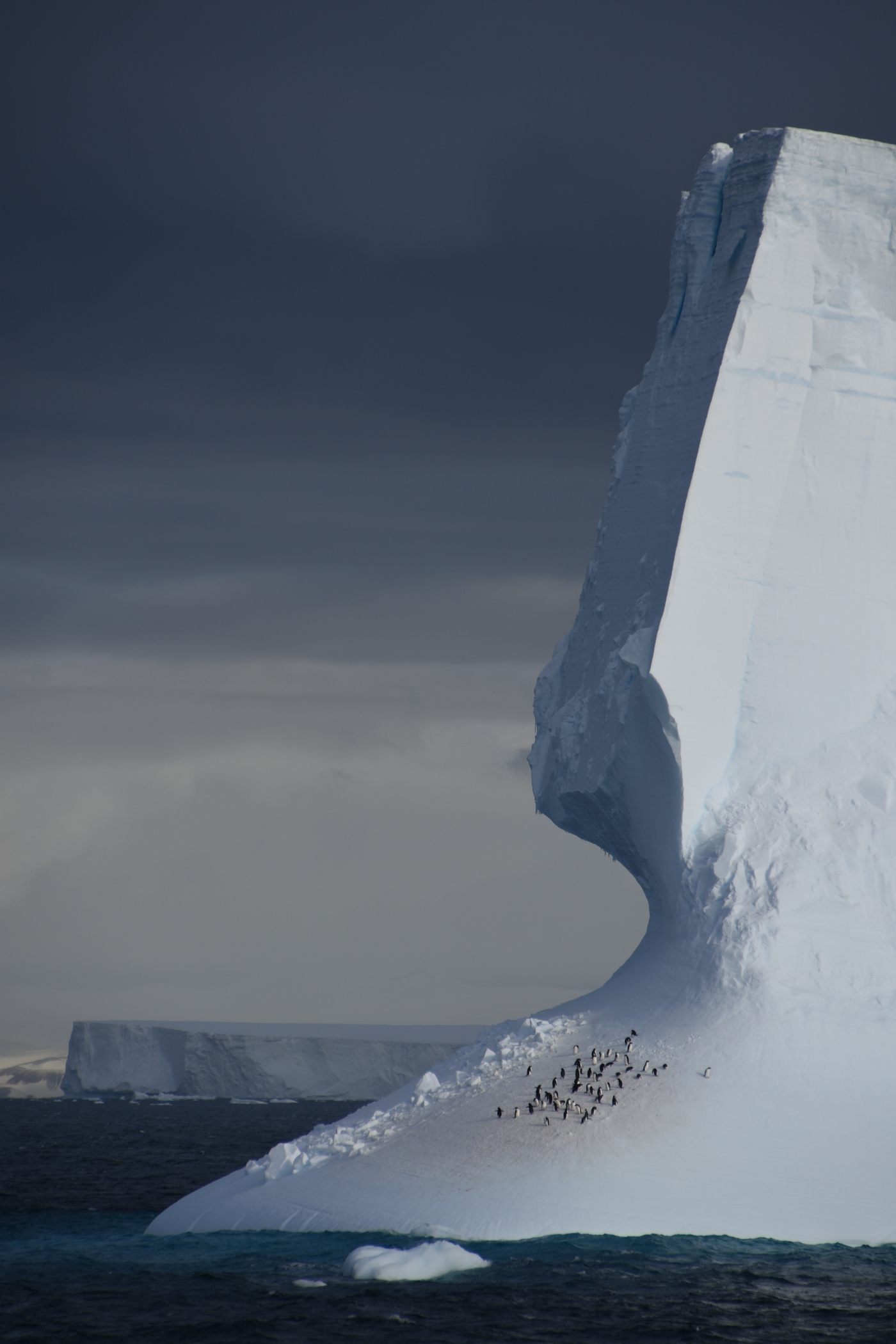 Antarctica is a startling landscape – jagged mountains cradle ancient glaciers making their way to the sea, tabular icebergs turn purple in hours-long twilight, and katabatic winds roll off the polar plateau, creating swirling clouds on the horizon. Out on the ocean, remote silence is only broken by the occasional splash of porpoising penguins and the rumble of humpback whales.

Increasingly, the boom and crash of glacier ice into the ocean is heard as well. Like the Arctic, Antarctica is rapidly changing as global warming advances. Climate change in Antarctica is marked by regional differences, with the Western Antarctic Peninsula, the area home to the majority of Antarctic wildlife, facing the most extreme warming on the continent. The West Antarctic Ice Sheet is showing signs of collapsing, and reports announcing the smallest annual extent of sea ice on record are particularly worrisome, as sea ice structures the Southern Ocean ecosystem and provides critical foraging and breeding habitat for numerous species. Recent news on the greening of Antarctica through increased plant growth are further evidence of how quickly the continent is transforming.

A year ago I visited Palmer Station, a U.S. Antarctic Research Station, and heard from scientists how glaciers are receding so rapidly that a strip of land across the bay, previously assumed to be a peninsula, was revealed to be an island. Other changes have been witnessed first-hand by Palmer researchers as well; for example, the local Adélie penguin colony decreased in size by 85% in the last four decades. This visit motivates my own research on how we can develop policies that promote social and ecological adaptation in other parts of the world. What is happening in Antarctica is not staying there, and the rising sea levels, warming temperatures, and altered weather patterns are being seen on every continent. A collapsed ice sheet in Antarctica can lead to a failed harvest in Africa.

The otherworldly and sometimes terrifying beauty of Antarctica still survives. However, the changes seen in the Antarctica are a harbinger for climate change impacts in the rest of the world, and underscore how much more we must learn, and how much we must prepare.